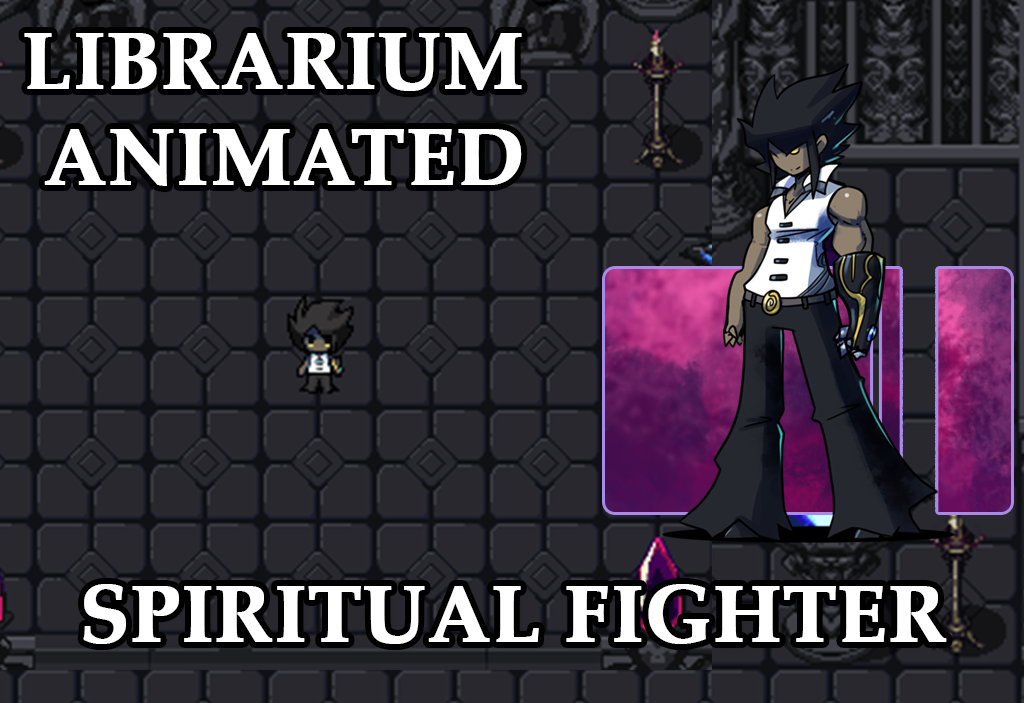 Today we see the release for the Spiritual Fighter, as suggested by Jean Enzonaki over at patreon!

A spiritual fighter decided to seek more knowledge and more power, to fill all the gaps of his doubts. In one of his travels, he found beneath a small lake, a dark blue gauntlet with engravings that he couldn’t understand. After wearing it he felt that it was sucking his life out of his body. Now he know what the artifact was: something to imprison a demon, using his vital energy trying to escape. With the understanding of the world and his strength, he stopped the demon from escaping, but now he has a bond with the demon as the gaunglet couldn’t be removed. Instead, with the fragile prison, he now channel his energies to use the demon to his will, summoning a giant blue claw to attack his enemies following the moves he does with the gauntlet.   -Jean Enzonaki